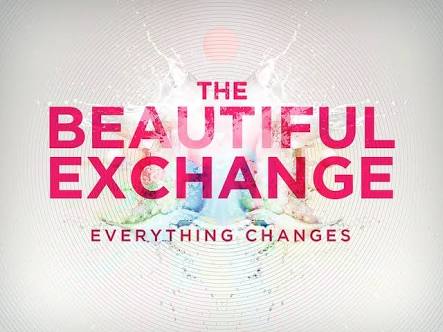 Today is indeed a great day, woke up this morning, had my prayers and did a few other things, then I checked my phone, had series of messages coming in but I stumbled on a distinct message that caught my attention, I had no option but to give it an awesome title and of course share it with you.

Two guys were drinking in a bar.
As they were drinking, they started arguing, one guy pounced on his friend and started beating him.

After a long beating he realised that his friend was no longer breathing, he already died instantly.
Then the guy started running with his
shirt full of blood. Those who were
watching the fight started chasing him.

He ran to the house of a Christian man, knocked and said,
“Can u please hide me, i have killed a person and people are chasing me.”

The Christian man replied ,
“Where am i going to hide you in my one room apartment?”
The muderer said “There is no time to
waste here, just think of anywhere you
can hide me.”

After a long thinking, the Christian man
said to the murderer,
“Give me your shirt and take my shirt but remember to keep my shirt clean”

They exchanged their shirts. Then as
soon as the Christian man opened the
door, people started beating him and
was badly injured that he was taken to
the police station.

From police station, the case was taken
to court and the man was found guilty of murder and was sentenced to death.
The real murderer was safe at home but
was feeling so guilty that he ran to the
Court and said,
“Can you please release that innocent man, am the real murderer”.

The judge replied “unfortunately it’s too
late, the man is already hanged “.
He ran to the police grounds where the man was hanged and for sure he found him dead hanging.

He knelt down and cried his eyes out and said to himself, ” You paid for my crime”
He remembered the Christian’s last
words:
“KEEP MY SHIRT CLEAN !!!”
.
MORAL OF THE STORY ;
This is what Jesus did for us. He died for
the crime he did not commit on the cross of Calvary.
Now if you are thankful with what Jesus
did for you, Appreciate Him by living like you are grateful.

Do we have grateful hearts who would say THANK YOU JESUS.

Everything truly changes with HIM.

Ojogbo Isioma M. (also known as Zamora) is a young minister of God. She is a lover of God that understands the need to let the Holy spirit take control of all that the Father has given. She has led youths at various levels ranging from University days till date. She is currently mentoring youths at various level. She simply believes that everyone has been called to function in a particular sphere of life and with the help of the Almighty God, you can can achieve anything. View more posts